The Kind of Christians who Change the World Dan Hudson 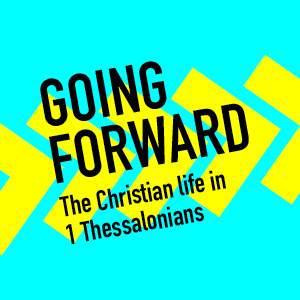 1 Thessalonians writes of what the new Christians in Thessalonica were doing well which helped them to mature quickly in their faith. Dan brought 3 points out that Paul highlighted in them, that we should also be doing to mature and to spread the Gospel.

The letter to the Thessalonian church is one of great encouragement. Paul writes to some relatively new believers, not with a long “to-do” list or set of corrections, but with great joy and encouragement. Although Paul had left Thessalonica in a hurry (see Acts 17), he knew the Grace of God was sufficient to cause them to grow and mature. Good foundations and foundational attitudes are vital to the Christian life.

Paul noted 3 attitudes in the church that acted as catalysts that accelerated these young Christians to quick maturity:

They imitated both Jesus and the leaders who shared Christ with them. Learning from godly leaders in our lives is a fast way to grow.

They “welcomed the message”. The simple message proclaimed to them was held in high esteem. It was treasured. The parable of the sower (Mark 4:20) reminds us of the necessity for good hearing (welcoming) of the word. In contrast to welcoming the word, we can allow it to be robbed, to nullify it through a simply emotional response, or to allow it to be choked through anxiety and wealth’s deceitfulness. In Acts 17:11 in the next town from Thessalonica we read the Bereans received the word with great eagerness.

They became the influencers and leaders that brought a great knowledge of God to many. No-one gave them a badge or a title. They simply acted into the role God has given every Christian; to be an example to others. God loves leadership but not titles! Leadership is demonstrated through service and example.

God saved them from Hopeless, destructive idolatry to a new life trusting in Jesus who will come again. This news was way too good to keep to themselves. It filled the whole of their nation and beyond. Let’s ask God to do that here!